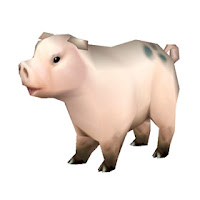 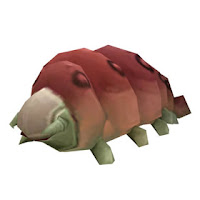 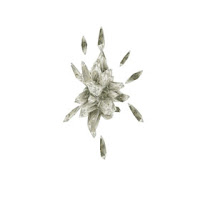 Mr. wiggles is chosen among four vanity pets as a reward after completing a chain of Children's Week quests. Other rewards for the final quest include Whiskers the Rat, Speedy, and Scooter the Snail. Imperial Silkworm is found naturally from creating Imperial Silk using 8 Bolts of Windwool Cloth will yield a Silkworm Cocoon, which has a chance of dropping the Imperial Silkworm. Considering the randomness of this it might interest you to buy this pet from the Auction House. Ashstone Core was added with new battle pets in Patch 5.1 and it will drop off of Golemagg the Incinerator in Molten Core.

Disclaimer warning: This pet team is not completely tested and the strategy might not work with maximum stats. I have not obtained a battle stone for Mr. Wiggles or Imperial Silkworm that would upgrade them from uncommon to rare.

This team is very much high risk for high reward, a great number of attacks in the pet battle system have the subtext of "high chance to miss". This is my target for the proposal of this pet battle team, commonly do not like putting myself in a situation that would leave me with coin flip odds.

Now this poses an interesting situation with Blizzard's logic in calculating stats. This is what I think is actually happening when using the unique ability Uncanny Luck.

Both Imperial Silk Worm , and Ashstone Core possess one these few "High chance to miss" attacks. Now a few other pets also have these same ones the reasons I settled on both Silk Worm and Ashstone Core was the abilities that came along with the package.

Imperial Silk Worm is a critter, in the current meta game of pet battles I personally do not see many beast type abilities. Also the fact that it also possesses both an attack to heal its health through "Consume", and one to dodge an incoming attack with "Burrow". The combination of these with what I'm aiming in this team fits in very well.

Ashstone Core isn't a similar situation, it does not have the same healing effect of the previous two pets , but still fits in the high risk nature of the team. Especially with the second slot ability to double the damage of the following attack, could lead to a quick KO of the opponents pet.

This team requires more testing and determining the hidden numbers behind the "high chance to miss" attacks. It could very easily be defeated by a team with pets to dodge attacks or those that would stun the pet for the period of Uncanny luck, again high risk for high reward. 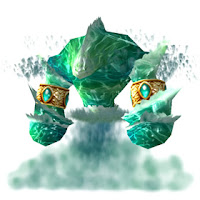 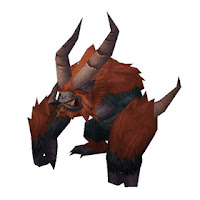 By using a character with engineering 250+ and after completing Lilith the Lithe's chain of quests in Winterspring, the Tranquil Mechanical Yeti can then be trained. Since the Yeti can be traded, you have the option of purchasing it from the auction house. Water Waveling can be found alongside Crazed Water Spirits at Drak'Sotra Fields, south of The Argent Stand. The Kun-Lai Runt is normally found walking along the various mountain paths in Kun-Lai Summit. It should be noted, that if you are looking for a rare version of the Tranquil Mechanical Yeti, you must use a battle stone which, once made are considered to be uncommon rarity.

As Tranquil Mechanical Yeti is the only pet with Call Lightning, it is considered to be quite unique given it is mechanical structure. Even though I chose not to use it in this setup, the Ion Cannon (a personal favorite skill to use) adds to the overall strength of this Yeti. In addition, if you are faster than the opponent pet, Thrash does a considerable amount of damage at max level. The reason I included the Yeti in this example, was based on the second slot ability - Call Blizzard - and the resulting effect of chilling the other team. We will return to this point in a bit. 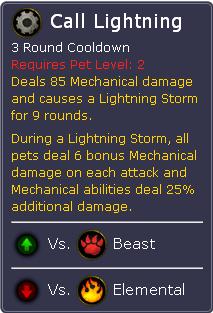 The Water Waveling is your standard elemental pet. I specifically chose him as his abilities compliment those of Call Blizzard , where a round casting Frost Nova chills the target. I decided to choose geyser for the third ability based on the fact that even though it does not instantaneously do damage, the added stun effect makes this attack worthwhile.

The third pet I use in this set-up was is the Kun-Lei Runt, a heavy-hitter alone, but whose abilities are also compatible with those of the Water Waveling and of the Yeti. The third slot ability, Deep Freeze, which has guaranteed one round stun if the target is "Chilled" when coupled with Takedown deals double damage on the following turn. Mangle was added since I felt it was the best out of the two slot attacks.

I devised this combination as I was working through the Pandaren Grand Master Pet Line. This strategy requires a bit to setup, effectively and can be defeated by a pet who can either clear weather effects or cast another overriding weather effect. However, with the current meta game on Pvp pet battles, I rarely come across that issue. When I battle, typical I lose both the Yeti and the Elemental rather quickly,but the setup I provided for Kun-Lei Runt is too strong for the enemy team. The added fact that the abilities cross a wide range of ability types, with each of the pets being a different type makes for a overall strong team. 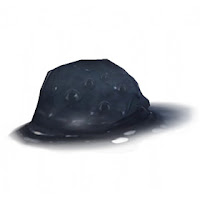 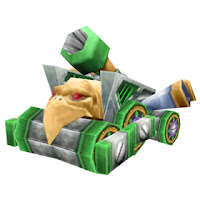 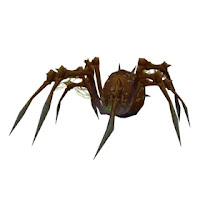 Why does this team work?

When I first started  doing pet battles I chose what ever pets suited my liking. The three I had started with were Singing-sunflower, Lunar-Lantern, and Darkmoon-tonk. Soon I realized when doing a couple random battles(Around level 10), that those pets bought through the Blizzard online store were very strong even versus rare level pets. To be able to combat these "overpowered" pets were left with two options. Either buy these particular pets and battle them heads up , which I could not do due to money limitation, or build a team that directly counters the possibilities of these pets.

So I started looking for pets with abilities that did extra damage vs Humanoids, Elementals, and Mechanical battle pets. After a bit of careful consideration I had settled on a team of Darkmoon-tonk, Lost-of-Lordaeron,and Lava-crab . This worked for a few battles until again I realized that the pets I had chosen were very limited to singular set  ablities types. Often when pvping, I was beat out on a damage per second race versus even matched pets.

I began to do a bit more research and testing of different pets, and after doing a few additional pvp pet battles. A new type of strategy dawned on me, one that consisted of damage over time and health gain. That is how I settled on the current level 25 team shown above. Finding pets that both had an ability to beat those pesky Battle Store pets, but also were hearty and did good damage was trickey.

Oily Slimeling can be found in the pools of water in Scalding Pools, Borean Tundra. Desert Spider can be found in a lot of different zones, including Desolace, Tanaris, Uldum, and Silithus. Darkmoon-tonk can be bought from Lhara on Darkmoon isle for 90 prize tokens.

Looking first at the abilities of Oily Slimeling the combination of Creeping Ooze and Acidic Goo is what makes this pet so dangerous. The extra 25% damage from Acidic goo also applies both to the healing affect from absorb and the increasing damage of Creeping Ooze. Oily Slimeling is very good stand alone pet because of the pairing of these third skills.

Second on the list is Desert Spider, the power this particular battle pet comes from the combination of Brittle Webbing and Leech Life. As it says in the text of Brittle Webbing it counts as a "Web" effect, allowing a follow up attack Leech Life to heal double the damage. What also makes Brittle Webbing quite interesting if opponent's pets have abilities that allow them to attack more than once a round , the damage from Brittle Webbing does damage for each one of those hits.

Third is the pet that has stuck with me through my experimentation, even the times I took him out of the team, was quickly added back in. The Darkmoon Tonk, being a mechanical pet comes back with 25% life once slain in an battle. This pet is much more in that it is a tank both literally and figuratively. Both the abilities Shock and Awe, and Ion Cannon are very high damage attacks. It is not uncommon to see Darkmoon Tonk get lucky with Ion damage crit on a Beast-type pet for for upwards of 1500 damage! The high damage attacks are also the downfall of Darkmoon Tonk as both have a lengthy cool-down period leaving the tonk with a small damage attack for a couple rounds.

This team with the high damage and the healing effects make it quite strong team overall. The only pets I have found that gave this team trouble as I battled through Pandaria. Were teams with a Dragonkin, that had both Elemental attacks and Dragonkin attacks that did double damage versus my Magic and Mechanical pet respectively . The second pet type that gave the team trouble were Aquatic pets that had both a shell to reduce damage and a heal over time. This  counter set-up locked out both Spider and Slimeling since they could not do enough damage to actually kill the Aquatic pet. Luckily this type of situation is why the Darkmoon Tonk shines as it has enough power to punch through the defenses.